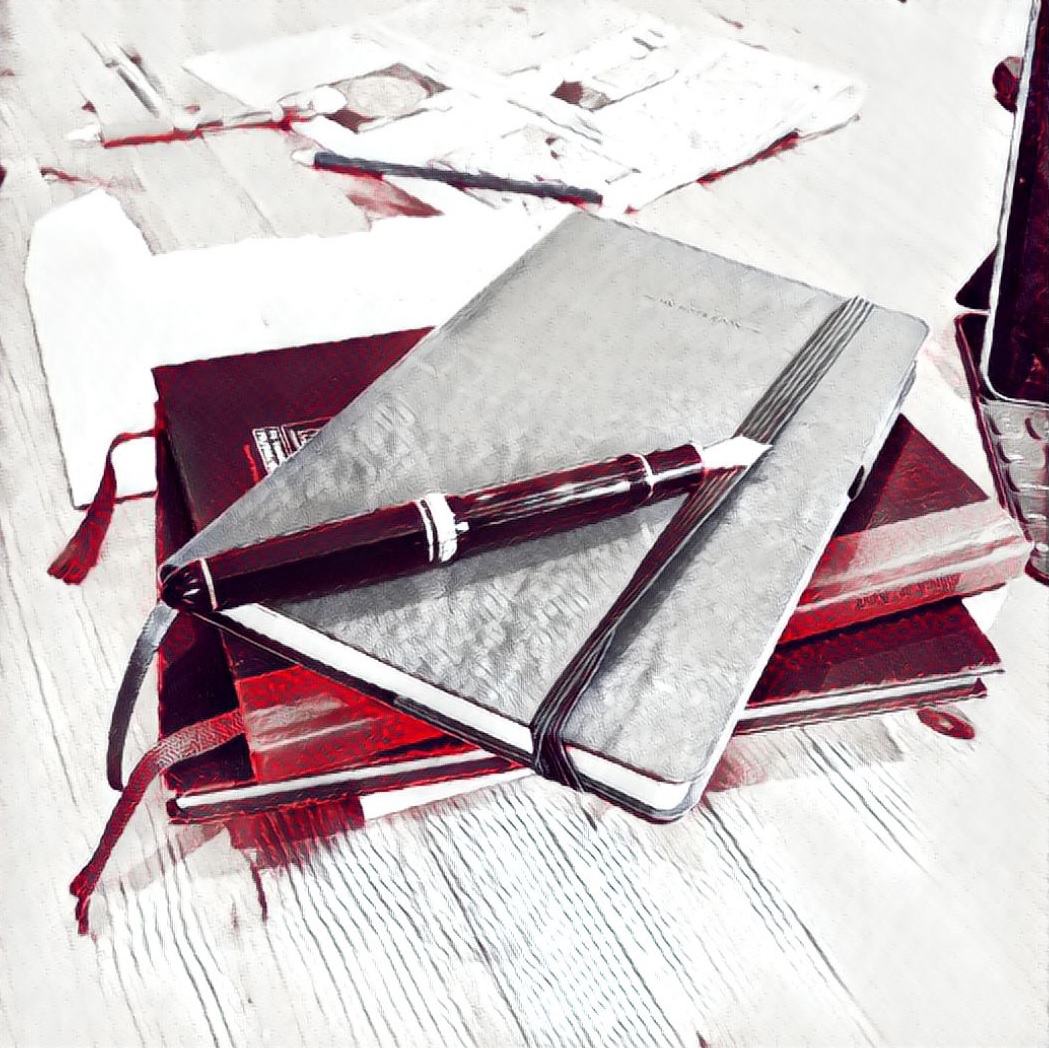 Home / How to Write – How to Create / Take Notes

You should take notes. It captures ideas and observations in a way that lasts, and lets you look at an idea with fresh eyes when you come back to the note. Taking notes makes you observe the world. It makes you better.

Ideas Are Fleeting, Paper is Enduring

At some point in the early 1930’s, John Ronald Reuel Tolkien was marking school test papers. He was an academic, a poet, a veteran of war and a few other things besides, but he was not yet a novelist, and he was not J.R.R. Tolkien – all initials, less a human and more a reluctant colossus of literature, his ideas dominating the fantasy genre for the next century. Marking test papers requires focus, judgement, and care. You need to be thinking about what you are doing. It’s not a quick process. Test papers and essays tend to arrive with the marker by the bundle. It’s the kind of work that goes with a furrowed brow, a poised pen and the sound of a quick tick scrawled in a margin. In the middle of marking, Tolkien suddenly found a blank page amongst the papers. Maybe jarred out of his focus, maybe inspired by the bare paper, he wrote, ‘In a hole in the ground there lived a hobbit’. And the world of books and stories changed.

Now imagine that rather than having a blank piece of paper in front of him, John Ronald Reuel had nothing, or a dense page of close written essay text for him to pick apart. He might well have had the thought about the Hobbit and its hole. He might have thought he would think about it later. He might have. Might have… Or he might have found his mind preoccupied with a detail of translation of a piece of Anglo Saxon verse. As the innkeeper, Barleyman Butterbur would note to the Hobbits in Lord of the Rings, ‘One thought drives out another’.

That’s the thing about ideas; they are fleeting. They come, and then can vanish. A note is an idea caught in flight. It will be there just as you wrote it for as long as the ink and paper lasts.

When you come back to a note, you are not going to be able to recall exactly the idea or insight you had. The more time has passed the more different it will seem. You might not be able to remember making the note at all. Old or forgotten notes can seem completely alien – ‘what was that about?’ – as though someone else wrote them. And that is great. Now you may be thinking that this goes against the idea of catching a fleeting insight before you lose it. After all, what is the point of making notes if you lose something of the original insight when you come back to it?

Well, the point is that you get a new perspective. You return to your original thought fresh. What struck you as interesting before might have vanished, and a new way of reading that idea might have taken its place. Time sifts pieces out and reveals new features without you having to do anything.

Stephen King talks about putting a manuscript of a novel in a drawer for months so that when you come back to it you feel like you are reading someone else’s work. It’s good advice, and there is a similar process at work with taking notes and then returning to them later. It’s a kind of passive forging, with time taking the place of fire and hammer. When you go back to an old note, all the heat and excitement drained away, and what remains is almost certainly better, cleaner, more ready to find its place in your work.

Making Notes Changes How You See the World

Take notes and after a while you will start to think differently. You’ll find a thought striking you more often – ‘That’s interesting… I’ll make a note of that.’ You notice things, all kinds of things: the way someone ahead of you in the coffee line is very carefully watching the door and stairs, a quote from an article about film making, a book that someone mentions to you.

You might collect very eclectic notes or focus on particular areas of interest; it doesn’t matter. The point is that you start to note the world around you and your experiences. In the same way that when you carry a camera – an old fashioned camera that’s not welded into a phone – you start to see things that might make an interesting photograph. When you start taking notes, you start seeing the world as noteworthy, and endless ideas and insights come.

Afterthought – How To Take Notes

If you want to adopt one of the many noting systems out there and find that it works for you; do it. Bullet Journal and related methods, boxes of index cards, pockets full of post-it notes, beautifully annotated notebooks that look like modern illuminated manuscripts, apps on your phone, sending yourself emails – do as you like. The key is to do it constantly.

The Power of a Notebook

Having said that, here is a method that you can try: Make notes in a notebook. Have page numbers and a contents page, and tag your notes. There are few things better for taking notes than a physical notebook and a pencil and/or pen. They don’t need recharging or Wi-Fi. They come in different sizes and with different built in features (index pages, mixed blank and line pages, dotted, lined, squared: you name it you can find it).

They also can be used however you like. Draw on half a page – fine. Write sideways – great. Scrawl at a slant then become super neat – no problem. There are no rules. You can – and should – do whatever you want with a notebook. Also don’t think of it as an artefact to make beautiful unless that makes it likely to use it. No need to be strictly organised either unless you want to. The best place for a note is the next free space.  Treat it like a tool because it is.

If you want a guideline for how to organise your notes in your note books, the simplest is to have a contents page and let it take the load of organisation. Tag the top of a page with what a note is about: #character ideas, #imagery, #quotes, whatever it is. Enter that tag as an entry in the contents. Write the page numbers that those tags appear on. You will need to add page numbers if they are not there already – you can do it as you go through the book.

If you have any questions on notes and writing, drop them in the comments.