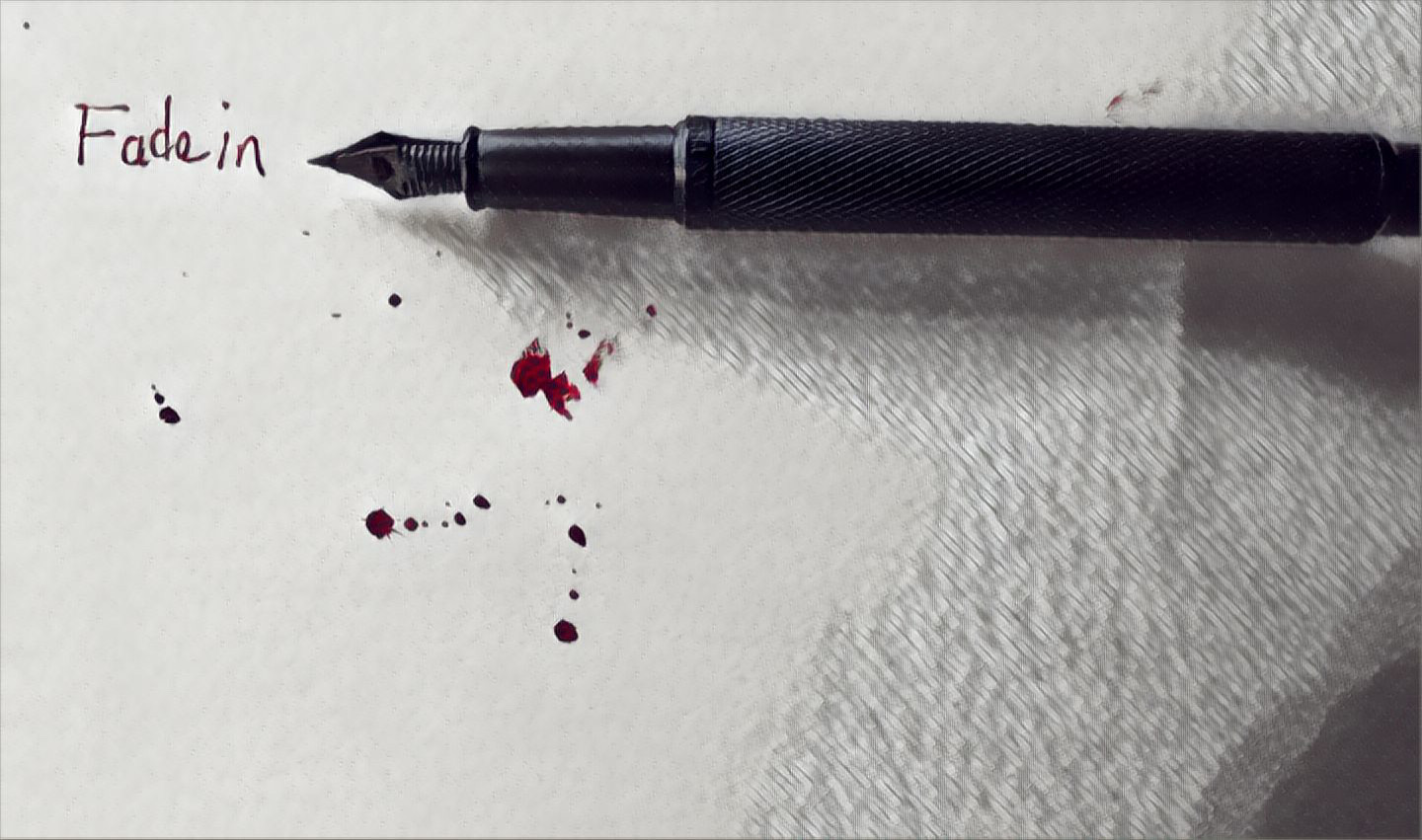 Home / How to Write – How to Create / Save Your Darlings

Why you should keep what you cut from your work, and how that will make you a better artist.

It’s a phrase you run into all the time in creative work, and it crops up at the top of the list of advice given to people wanting to create anything; if you want to make something great, murder your darlings –

‘In writing, you must kill all your darlings.’

‘Take eloquence out and wring its neck.’

What this maxim means is that things you really, really like (your darling) can hurt your work. If there is a problem, remove the thing you like, and the problem resolves itself. Its functional thinking – if the work were a machine and that machine was jammed you would remove what was causing the jam. Never mind if it took hours to design, and more time to install, and that it makes this lovely smooth sound like a Swiss watch; it’s jamming the works, so it goes.

What gets in the way of taking that action is how we feel. We like the ill-fitting piece in our creation, love it even, that’s why it’s a darling. In the process of creation we have shifted out of a mode of seeing things functionally, and into understanding them by emotion. The darling makes us feel good. Like most things that make us feel good, we want to keep them. We want to feel good. Understandable, but the problem is that our feeling of comfort and attachment is not a true guide to what works.

The more we like something, the more we compromise everything else to keep it. We just love writing the dialogue for that one character in a script, or the way that that teal line cuts through the first letter of a logo. These are the things that make us nod and go ‘yeah that’s nice,’ and smile as we look at the work. That’s a powerful force to work against. You need to be driven, sharp, ruthless. You need to be a killer. Hence, ‘murder your darlings’. And this is good advice. It pushes you to understand what you are making and not let things that you like get in the way of that work. The need of the whole trumps the small and the cool and the oh so pretty. But that good piece of advice should not end there, because it implies that once killed that’s it for the darlings, and the truth is it shouldn’t be.

The Film That Never Was

In 1976 a film maker called Alejandro Jodorowsky went to Hollywood. With him he brought his vision for a film. The film was Dune, based on the novel by Frank Herbert. A controversial figure then as now, Jodorowsky had spent two and a half years and close to ten-million dollars on pre-production.

He had persuaded the surrealist Salvador Dali to play the Emperor, had doorstepped Pink Floyd to do the music, and had his own twelve-year old son go through bizarre training to play the lead role of Paul Atreides. A team of artists had spent two years in a flat in Paris visualising the film. And those artists were H.R. Giger, Criss Foss, Moebius, and Dan O’Bannon. They had created concept art, set designs, and a shot by shot storyboard version of the film as thick as an encyclopaedia.

Looking at it now, they did not have a hope. The film would have been fourteen hours long. To realise the visions of Moebius, Giger, Foss and O’Bannon would be incredibly expensive. And then there was the question that makes or breaks all movies; would enough people see it to cover all those costs? The people writing the cheques decided the answer wasn’t in their favour. Jodorowsky’s version of Dune, and the work of all the artists he had assembled was dead. It’s a story that is both a caution against indulging wild creativity, and the failure of artistic courage in Hollywood.

There is another way of seeing it though: as an example of how the parts of a work should be saved for the future.

It is possible that Jodorowsky could have made a film of Dune, but to do it he would have had to cut and cut and remove and kill so much of what he saw as vital. He refused to do that, and so arguably murdered the entire work and all its parts in a version of ‘if it can’t be mine then it shall be no-one’s’. The project stopped. The people involved went on to other things. The storyboard for the film became something of a legend, the kind of relic that you might see tucked in a secret vault beside the Ark of the covenant and a map to Atlantis.

But that’s not the end of the story, because ideas have a habit of coming back to life if allowed to. The ideas and work put into Dune would go on to find new homes in films like Blade Runner, Alien, and Star Wars. The dead ideas of one endeavour became the seeds of a forest. And this is the point – a darling should not be killed, because when you kill something, it is gone completely.

You need to save your darlings so they can find life later. You pull them out and put them somewhere safe; in a deliberate memory, in a notebook in a file labelled ‘idea store’. Why show that mercy? Because the idea is good, and it will serve you well.

There is a quickness to seasoned artists and creators – they are able to pull amazing work out of nowhere. The writer who can run up an idea for a novel like they are cooking breakfast, the marketing specialist who puts together a campaign strategy down to the detail and somehow does it like clicking their fingers, and just to top it off both novel and campaign are strong and original. How do they do that?

The answer comes in three parts. First is that they have experience in their craft and art and know what to do, and what not to do; they have metaphorical muscle in all the right places. Second, they are practiced at having ideas. But the last part is that they have had a lot of ideas. When an editor says: “we are looking for a story about loss, and death, and resurrection”, their brain starts firing, it recalls that idea that it had when working on that book, the idea about losing downloaded copies of people, and they go ‘yeah, that would be good for this.

But isn’t the point of ‘darlings’ that they are no good and in need of excising? Yes, but also no. A darling is just an idea that is out of place. It had emerged in a context where it will distort the whole. The notion that these are bad ideas is wrong. They are often interesting and powerful. There is no better sign of that truth than the fact that you have become attached to them. The chances are if you have an idea that you love, it is good, and that other people will love it too. Murdering it because it has emerged in the wrong place is not just a waste; it’s a crime.

Don’t murder your darlings; save them.

For more about Jodorowsky and the film of Dune that never was go and watch the excellent Jodorowsky’s Dune wherever it matches with your streaming service.

Oh, and go and read Stephen King’s On Writing, its brilliant – part guide to the writer’s craft, part autobiography, and equal parts enthralling and insightful.

You have of course read Dune, because it’s amazing. If not, then do. It’s amazing.

And… if you love it, and love beautiful things, then this version from the Folio Society might be for you.