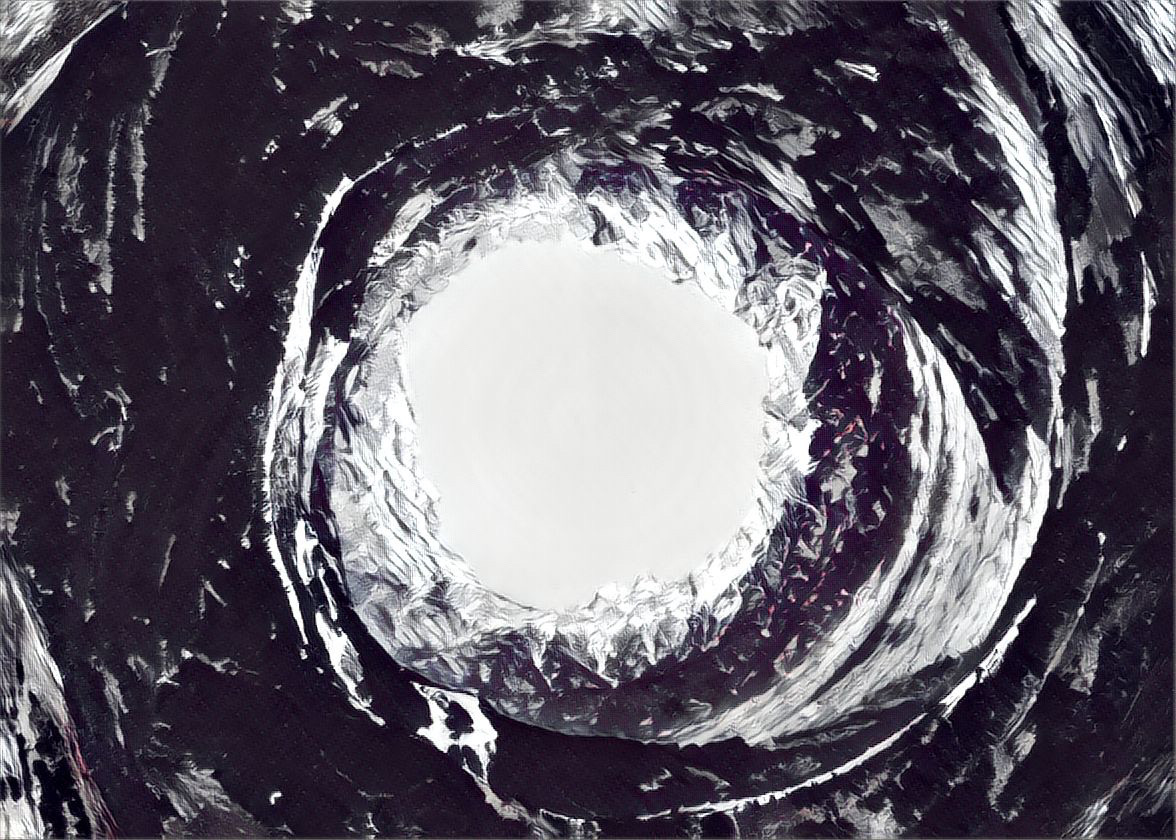 Welcome back for another Letter From Unknown Lands a series of stories about a world of fallen empires, magic, war, and power. Told through journal entries and letters written by travellers to their patrons, the story, place, and characters emerge piece by piece.

In this instalment, things begin to take a different turn… This is the first story to be part one of two and sees the traveller, Kalik visit the remains of a dead civilisation set close to the roof of the world and over a hollow wound that waits beneath.

‘I will take you no further.’ Obel takes the rope of my mule. His grip is firm. In the twilight the green tattoos on his fingers look black. It took a lot of amber to find him and a lot more to get him to lead even this far. ‘You want to go on, that’s your business. I’ll not go one step more, and I’ll not wait for you if you do.’ He told me this when we struck our deal, it’s not a surprise. He feels the need to repeat it now, because the Grey Oracles are just over the next tor. He is giving me a chance. I think he hopes I will have changed my mind.

You can see Grey Oracles as soon as you climb the valley side to the south of Mul. The town sits on the east side of a bridge over the Sunwater. It was a tax town, built to sift coins from the caravans crossing the river. It had fed well under the rule of the Three Cities. Now it is shrinking, unoccupied outer buildings hanging from its core like skin off the once fat and now starving. There is food in Mul – there are goats on the slopes nearby, and green fields on the river margin – it’s just people that it lacks. No one comes down the road from the mountain passes, and those that do keep going on their way to the coast. There are people sipping sugar water and playing games of cups under the trees in the empty marketplace. Looks of curiosity great me as I cross that space. There is hope in those eyes. Every traveller here is a raindrop falling from a sky above a parched land, promising an end to drought. That hope lasts until I ask if there is someone who could lead me to the Oracles’ graves.

It’s a long climb, up through pine and conifer with the blue ribbon of the river becoming a shrinking memory below. It was dawn when we started, and the heat of the day began to build as we ascended narrow paths left by goats. A little after noon, Obel pointed up.

‘Eagles,’ he said, pointing at two specks visible against the deep blue. They circled, turning and turning under the sun’s gaze. We kept climbing, and the eagles kept their gyre above us.

Obel found me rather than me him. “How much can you pay?” was his introduction, blunt and direct, spoken from behind me as I filled my water skin from a spring fountain off the town’s market. I straightened, turned, and saw a wary man, an old soldier’s sharpness in his eyes and creases starting to crack his cheeks. He did not say why he wanted to know what I could pay, but the answer was clear. He had seen hard times come, knew they would get harder, and that he wouldn’t be younger when he saw them. The payment for taking me up to the Oracles was a way of armouring himself against the future.

There were oracles in these mountains long ago. They built a city of towers close to the edge of the world, at the point where the earth runs out and the sky begins. They looked into the sky and listened to the ground, and from that, they understood the future. That is the story they believe in the villages and towns in the valleys.

‘Couldn’t have been that good if they didn’t see what was coming for them,’ Obel remarked when I asked him about the stories. He has a point. One day, they were simply no more. The only trace they left are the bones of their towers, worn down by time and weather so that they look like rows of old teeth. These are the Oracle Graves. There are no tombs or other death markers, just the wind rustling the mountain grass. The truth is that no one really knows if there were any oracles, but the stories keep people away anyway, the stories that are now passed around only once people have reached the bottom of the wine jug. It’s a simple tale, bare of people, or events. There are caves under the Oracle Graves. They go far down. There are supposed to be doors into them in some of the towers. Whatever ended the Oracles drained down into those caves, they say. It’s still there, in the hollow space under the land’s skin, waiting, and hungry. People who go there do not return. The space under the mountains eats them. At least that is what the stories say. They don’t say if any come back. The words of the stories run out just before that, eyes looking away, shadows forming in expressions. That’s the reason Obel is leaving me here.

‘Go north,’ he says as he settles the mule’s reins in his hands. He doesn’t look at me, and there is a reluctance in his voice, as though he would rather treat me as if I wasn’t there, as if I was never there. ‘If you… Find the grey head waters and follow them down to the sea plateau. There is a town. You’ll see the towers. Don’t say where you came from. Won’t be good if they know.’

The stories are right, of course, there is a hollowness under this land. In some places it is buried deep. In other places the depths are close to the surface. The ground beneath the Oracle Graves is one such place. Those places eat people, and hope, and light. They were the end of what we know even before the calamity the Kings of the north made for the world – old wounds unhealed, abscesses in life. There is no reason to come to such a place, except foolishness, or the human need to see if what we fear is real. Or to hide from those that hunt you.

‘If you…’ begins Obel, then stops and thinks better of what he was going to say. ‘Don’t come back.’

An honest man, which is a rare thing in these times. Too much has been overturned, too much thrown to the wind for honesty to seem as valuable as deception, but he has a quality of bluntness which indicates he clings to principle. The gruffness comes from the fact that he knows the rest of the world does not. I ask him to take this letter and see a messenger takes it north as soon as possible. Obel says he will, and I believe him.

If you have enjoyed it please subscribe to my email list and be the first to get new instalments and extras.