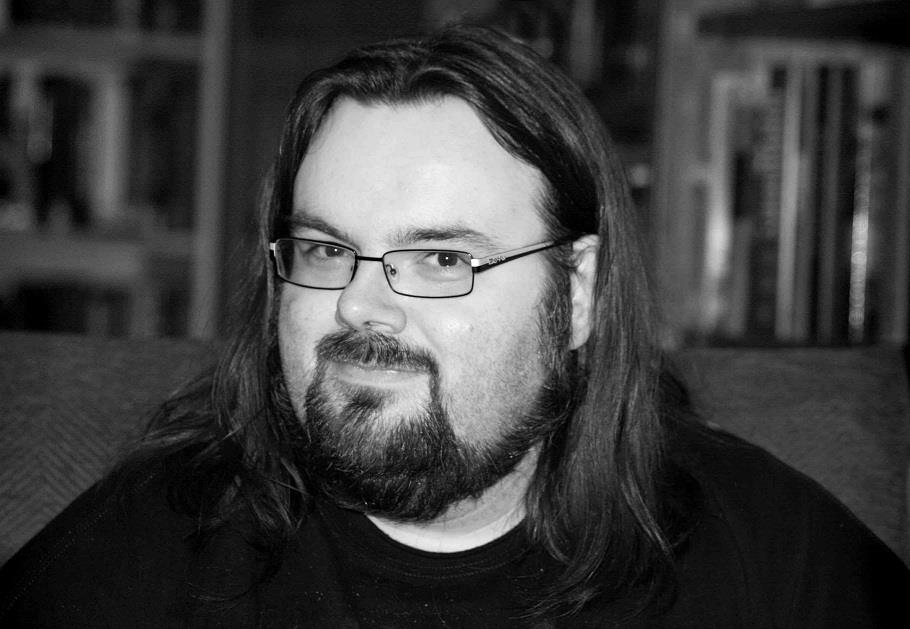 This is not something I ever wanted to write.

Alan Bligh died on the 26th of May 2017 after a brief fight with cancer.

I met Alan in 2003. I was on the edge of deciding that a career in academia was not for me, he looking for something to do after going through university as a mature student. We both answered adverts for part time mail order staff to work at Games Workshop. They employed us both, and I got both a job that lasted a couple of years, and a once in a lifetime friendship. Now, facing the prospect of the future without him, and seeing the impact that he has had on people, made me want to tell those not as lucky as me what he was like.

Alan had a fierce intelligence, boundless creativity, and a will to put them to use. It’s fairly common to find people who want to write, or design games. Lots of people have lots of ideas and some of them might even think about doing something with them, but mostly those people only get as far as having the idea.

Alan was different. He did things.

You would talk to him about an idea for a game setting, for a universe, for a game, and the next time you saw him he would hand you a thick block of printed pages. ‘I rattled something out,’ he would say, or ‘I confabulated* those notes’. And what he would hand you wasn’t a rough draft it was a fully fleshed out piece of work.

I am not kidding, look:

In all the years I knew him, Alan never stopped working, never stopped creating, never stopped tweaking and fiddling with projects. We came up with an RPG rule set based on a draft I did back in 2003. He was still mucking about with it last year. His spaceship combat system, Star Killer, had so many iterations that the best idea when playing a test game was to ask for a fresh print out each time. His idea of a break was to switch gears into a different project.

He believed absolutely that this nonstop creation was the business of anyone who took their craft seriously; ‘You never know when it will be useful,’ he would say. And he was right. I have one of the only copies of an Adeptus Mechanicus Explorator codex that Alan wrote twelve years ago. Flicking through you see terms like ‘paragon of metal’, ‘sarcosan wave generator’, and ‘volkite’. When it came time to do the Mechanicum for Horus Heresy, so much of it was already there, in his head and on the page. That wasn’t a one off either. He worked and reworked, and stored and confabulated without cease.

Why? Because he loved it, and he was very good at it.

At the back of this, feeding his abilities like a petrol tank was a vast consumption of ideas, media, and books. Especially books. ‘The problem, John, is that writers need a wider erudition.’ He was right, and he had erudition to spare, and then a bit more. He read widely and deeply, and in places that would surprise you. He knew enough about the structure of the medieval Catholic Church to break it down, spindle it, fold it with other alloys and hand it back to you looking like nothing you could dream. I watched him once go toe to toe with a well-known authority on Horror cinema and come off better in a battle of obscure filmic knowledge. He also could tell you the plots of most musicals between about 1950 and the present day. Go figure.

And he put all of this to use. You could say ‘Shall we make it read a bit like a late Victorian history book?’ when talking about a project, and he would reply ‘Ah, yes, but, there is a thing…’ and then suggest a specific slant on the suggestion, because he knew both exactly what late Victorian history books were like, but also that what you actually meant were those books that were written specifically to illustrate the growth of the British Empire. It was head-spinning, but it was the best fun you could have when making things up for a living.

I was lucky, Alan was my friend, colleague, and collaborator, which meant that even when the work was hard, it was fun.

My single favourite project was working with him, and for our mutual friend Mike Mason, on ‘Disciples of the Dark Gods’ for the Dark Heresy RPG. We had two months to write the whole thing, and it was incredibly stressful. Late night phone calls, seat of the pants writing, fear and terror and corrupted hard drives; we had it all, but we poured ideas and then some into that book. I did my share but much of the pure sparkle was Alan. Get a copy if you can, go read about Vile Savants, and the Menagerie, and the Beast House, and you are seeing Alan having some of the best fun of his life.

There is a lot more about him than I have space to tell, the things that make him a person who lived and laughed, and was wanting to do more right up to the end:

— The half dozen personal projects that he had on the go.

– His admiration of the stories of Manly Wade Wellman.

– His love of the Phantasm films.

– His joy of good conversation in good company.

– His habit of inviting people around to play board games on Halloween and plying everyone with ghost themed chocolate.

– The way that you always tell a miniature Alan had painted because they somehow always became works of horror, frequently with the eyes drilled out…

– His obsession with the TORG RPG.

– The way he would say ‘Greetings, upon this day,’ as I sat down for a cup of tea in Bugman’s.

– The habit that electronic devices had of destroying themselves as soon as he touched them.

– His fierce, fierce loyalty to his friends.

I will miss all of this and so much more. I will miss seeing Alan’s craft and talent create fun for thousands of people, but, most of all, I will miss my friend.